After the rally in European stocks, stocks in the United States rallied this morning as well, and much of that is due to the cautious reopening of nations following the coronavirus-induced lockdowns. On top of that, oil has also rallied. Altogether, this could present an opportunity to look into some momentum penny stocks.

Penny stocks have the potential to generate significant returns on the short-term, and even more so if those stocks are gaining momentum. The rally in the markets today has made it possible for many penny stocks to do just that, and it could be a good move for investors to start tracking those stocks.

On that note, here is a look at five momentum penny stocks today. 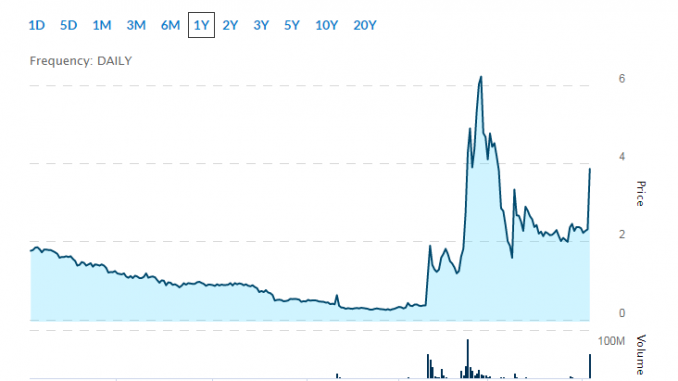 Among the momentum penny stocks to have emerged this morning, Genprex stock is one of the more interesting. The company made a significant announcement this morning that saw GNPX stock gather noticeable momentum. The company announced that it inked a worldwide Patent and Technology License Agreement with the MD Andersen Cancer Center at the University of Texas with regards to cancer treatment. MD Andersen gave Genprex the worldwide license to a group of 16 patent applications and technology.

>> 4 Short Sell Penny Stocks in Focus for May

The agreement will entail using a combination of immunotherapies and Oncoprex, Genprex’s lead drug candidate and TUSC2 gene therapy. This is a massive development for Genprex. The stock soared by 69% this morning following the announcement. 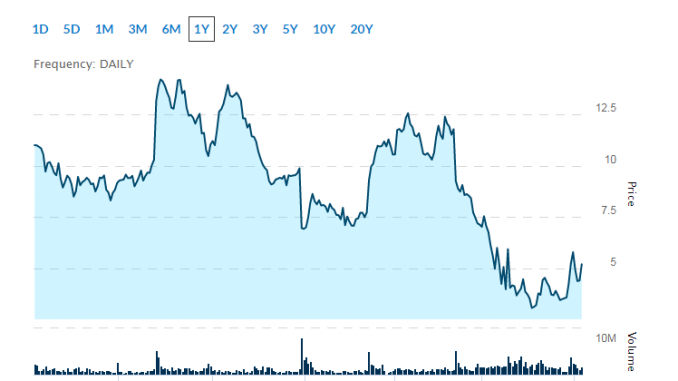 A penny stock that seems to have started a remarkable turnaround is ATM manufacturer Diebold Nixdorf Inc. The company reported its financial results for the first quarter this morning, and although it reported a loss of $92.8 million, DBD stock rallied by 16%. The losses per share for the period stood at $1.20, but if adjusted to onetime costs as well as gains, then it came to 34 cents a share.

The revenue for the quarter came in at $910.7 million. Although DBD has emerged as a potential momentum penny stock this morning, it should be noted that the stock was trading at $9.53 around a year ago. The shares were trading at $4.4o at the time of writing today. 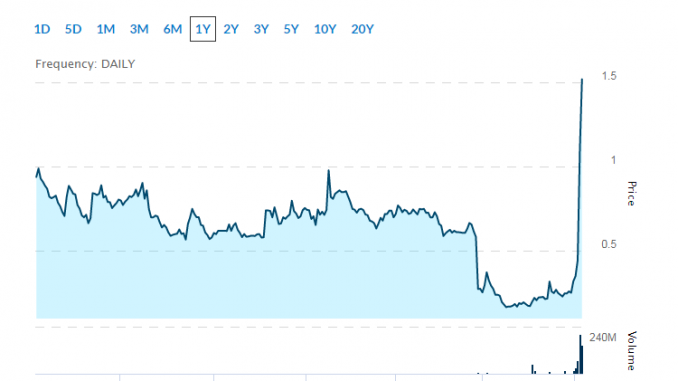 One of the most noticeable momentum penny stocks to have emerged this week is MicroVision. There has been no material news from the company itself, but on Monday, there was feverish online speculation about a possible takeover of MicroVision from Microsoft (NASDAQ:MSFT)—although nothing has, as of yet, been confirmed either way; it is all just outsider speculation right now.

Even without confirmation, the possibility of such a takeover seems to be enough to get MVIS stock moving. On Monday, the stock soared by 150%.

>> 5 High Volume Penny Stocks to Add to Your Watchlist

This morning, the rally resumed, with MVIS climbing by a further 46% as investors continued to be bullish about MicroVision—even though there is still no evidence behind these rumors. 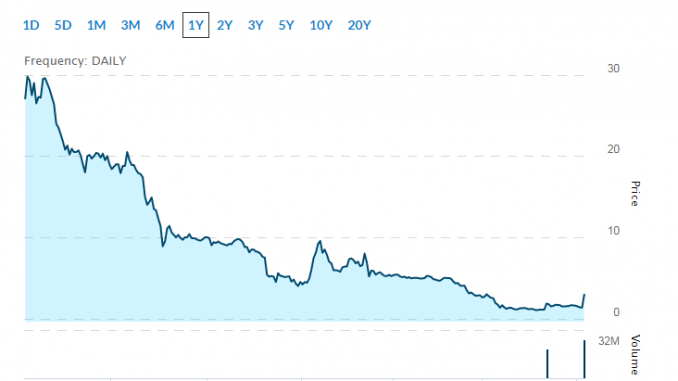 Investing in penny stocks can always be a tricky proposition for most. However, the decision can be eased to a certain degree if there are compelling fundamentals. CleanSpark stock seems to have emerged as one of the momentum penny stocks this morning, possibly in reaction to the company’s performance this year.

The company announced that over the course of the seven months ending on April 30 this year, CleanSpark managed to generate $5.6 million in revenue. That represents a significant improvement in the company’s performance from the entire fiscal year of 2019.

In the fiscal year 2019, CleanSpark only generated $4.5 million in revenue. The 24% rise in revenue is good news for the company, and CLSK stock has rallied by 108% this morning following the performance. 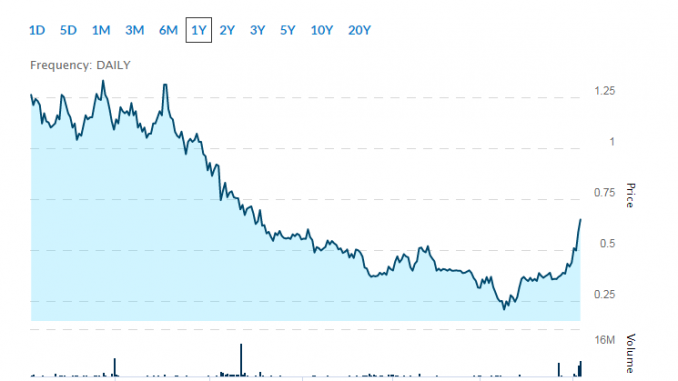 While investors may be surprised at the 15% rally in Kopin stock without any news, they should also note that KOPN has been on a roll over the past three weeks. During that period, it became a genuine momentum penny stock and has recorded gains in excess of 100%.

On April 30, the company announced that it had received a follow on order for its high-brightness liquid crystal display that is meant for the F-35 Joint Strike Fighter program. The order is worth $2.7 million and proved to be a positive propeller for the stock.

The company also reduced its losses in the first quarter of 2020 to $3.6 million from $11.3 million in the prior-year period.

The markets got a major boost and closed at day’s high in yesterday’s trading session on solid momentum; however, things turned south on Thursday morning. The jobless claims in the United States hit 30 million …

If you’re looking for healthcare penny stocks to watch on April 27, here are three.

4 Top Tech Penny Stocks Gain Over 70% in a Month

As the economy grapples with the coronavirus pandemic that has reeked across markets, investors should start considering tech penny stocks, which often offer rewarding opportunities. There is significant volatility in the market currently, and some …