Short selling is risky, and therefore, to be successful in short selling penny stocks, it requires experienced traders who are not afraid of risk. Shorting involves betting that the stock will go down. You borrow the stock from a broker and, if the price does drop, you can then sell the shares to refund your broker. However, penny stocks are already volatile, and short sell penny stocks are even more so and can make sudden swings in one direction or the other. If a penny stock that’s been shorted goes up, traders that shorted the stock may fall into a short squeeze.

Here are four potential short sell penny stocks to keep an eye on: 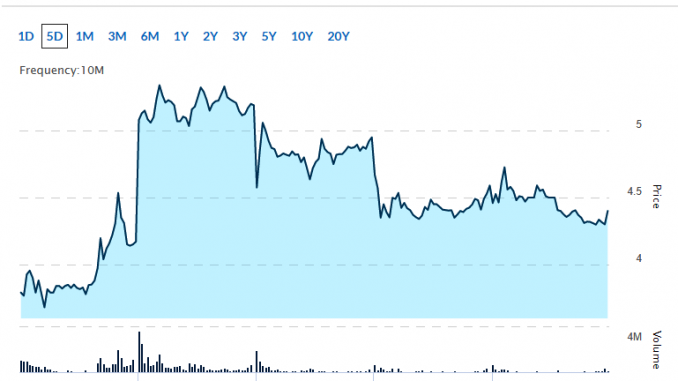 AMC Entertainment has a 36.96% short float, and last month, its stock surged 55.7%. With movie theaters a part of one of the most hit segments during the ongoing crisis, the company shed 50% of its stock value in March before bouncing back last month. AMC was on the verge of insolvency in March as its revenue dropped to zero, leaving it as the most indebted company following acquisition between 2015 and 2016.

However, in April, the company managed to secure a senior debt of $500 million due in 2025 at 10.5% interest. Although this is an expensive debt, this will allow the movie theater operator to put off insolvency plans for now. 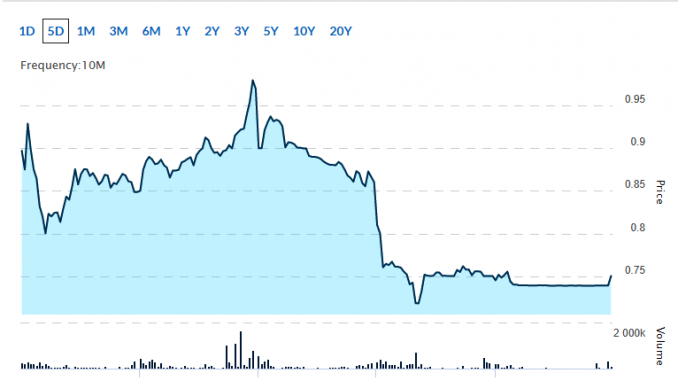 Washington Prime has a short float of 35.73%, and its stock has plummeted 80% year to date. On April 28, 2020, the company announced that the NYSE had notified it that it doesn’t meet some conditions for continued listing on the NYSE. The NYSE requires that a company’s stock closes on average at $1 per share for 30 consecutive days to continue being listed. Washington Prime is planning to notify the exchange of its plans to offset the deficiency and become compliant with requirements under the mandated timeline.

>> 5 High Volume Penny Stocks to Add to Your Watchlist

The company is taking necessary measures to boost its financial position amid the COVID-19 pandemic, which has kept people out of its malls. Washington Prime has drawn from its $130 million remaining credit facility, and also canceled dividends for the remainder of 2020. These measures come after furloughing some staff and laying off another 20% of its workforce, as well as cutting executive salaries. 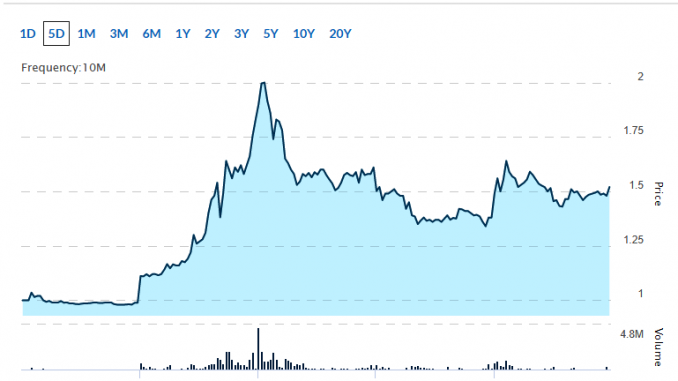 TherapeuticsMD’s stock has a 36.10% short float, and over the past week, the stock has surged 50% after it received a patent for Annovera. Annovera is a long-term reusable contraceptive device with synthetic hormones ethinyl estradiol and segesterone acetate. The hormones have been used in contraceptive prescriptions for a long time. The ring is inserted for around three weeks to release the hormones before being removed and stored for a week.

Annovera received FDA approval in 2018 as a birth-control device, but its launch has been slow. In Q4, sales from the device reached $23 million per year, accounting for 36% of the company’s total revenue for the period. With the patent, TherapeuticsMD will continue enjoying sales of Annovera up to 2039. 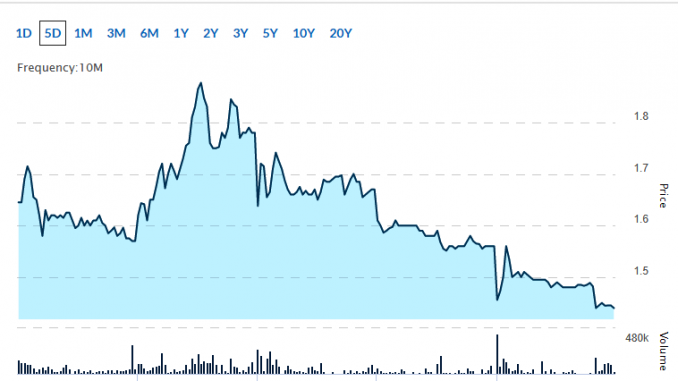 Tailored Brands has a 49.31% short float, and its stock is down 64% year to date. The company, which runs a range of men’s official wear stores like Men’s Wearhouse and Jos. A. Bank, indicated last month that the coronavirus pandemic will hurt its sales as people shift to remote-working engagements. In late March, the S&P downgraded the company’s rating to CCC+, which is the third-lowest before default.

Most interestingly, the men’s wear company has bonds of around $174 million, which are expected to be due by mid-2022. However, if Tailored Brands will not manage to refinance the bonds by then, its term loan of $880 million will then come early. According to the S&P, with these kinds of huge debts that are expected to mature soon, Tailored Brands has less time to turn things around and regain the confidence of lenders.

Short selling penny stocks can present an opportunity for experienced day traders to take advantage of their volatility. However, it is important to note that one can just as easily find themselves in a short squeeze and thus lose money. It’s important to do your research before making any moves.