When picking trade setups, it is sometimes good to let the market direct you on whether to go short or long on a stock or to just watch from the sidelines. Putting shorting pressure on a stock is often referred to as a short squeeze play, where a shorted stock surges and pushes some short sellers to exit their short positions. This then puts more upward pressure on the stock. In essence, short sellers are forced to close their short positions at a loss and possibly resort to buying back borrowed shares.

Short selling is very risky, and if an investor chances this, they may find themselves in a short squeeze. For short sellers, this might be a nightmare, but for regular investors, this poses a great opportunity—if they can sense a short squeeze play coming before it actually happens, they could buy in cheap and earn on the up and up.

Buckle’s stock has lost about 50% of its value since mid-February, and it has a short float of 33.92%. The store offers a unique blend of exclusive on-trend apparel, footwear, and accessories for fashion-conscious young women and men. It is popularly known as the denim location that offers a range of denim styles, finishes, and fits from various denim brands.

Recently, the company announced that its stores will remain closed until further notice. The stores announced they would furlough their corporate workers and store associates from April 5 but that workers will still receive benefits. Those who do continue working will receive half pay. 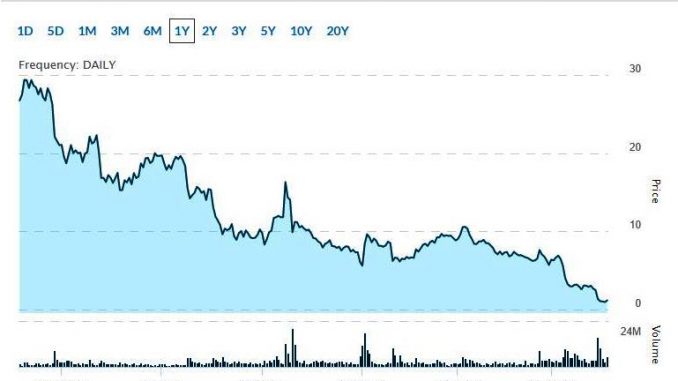 California Resources stock has a short float of 43.52%, and the stock has bounced back this week after a dip in early March. The stock is up 35% this week after it hit a new low of $0.85 on Wednesday. The troubled energy company might be considering bankruptcy after its efforts for an out of court reworking of its debt fell short amidst the ongoing oil prices slump.

Sources familiar to the matter indicate that the company is reconsidering options to deal with its $5 billion debt after suggesting a proposal for bond exchange because of poor market situations. The debt will begin maturing in 2021, but around $74 million in interest is expected in June. The company has been grappling with managing the debt since 2014 after a spinoff from Occidental Petroleum (NYSE:OXY). 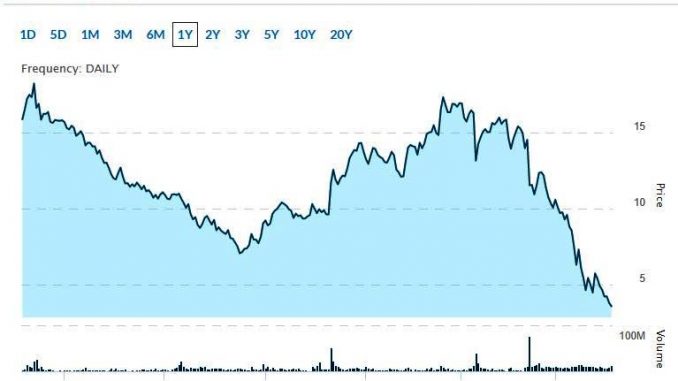 Bed Bath & Beyond stock has lost 75% of its value in the last three weeks, and it has a considerably high short float of 58.33%. The shares moved even lower at the beginning of this week following a credit downgrade to deep-junk levels. Last week, the S&P downgraded the company’s credit rating to from BB to B+, which is a two mark downgrade into the speculative territory.

The S&P indicated that the company, which has been grappling with operational challenges, is likely to face more headwinds from limitations on retail stores as Canada and the US deal with the COVID-19 pandemic. Most of the company’s stores are shut, and the S&P indicates that if the COVID-19 pandemic continues, Bed Bath & Beyond could burn more cash, increasing its leverage to shaky levels. 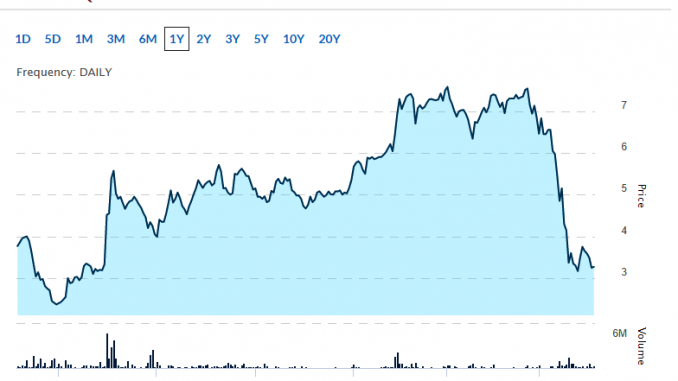 MiMedx Group has a remarkably high short float of 75.44%, and since February 20, its stock has shed more than 55%. The company develops and distributes human placental tissue allografts through its PYRION process methodology. It employs aseptic processing and terminal sterilization techniques in the processes.

In mid-March, the company reported a Q4 loss of $36.2 million, after having posted a profit a year ago. Its loss per share was $0.34 on revenue of $92.6 million for the quarter.

There is an extraordinarily robust short squeeze play trend in these four stocks that investors may want to keep an eye on this April. The stocks hold promising potential for short sellers going into April, but it is important to do your own research before making any moves.

Best Short Squeeze Play to Watch in May 2020

A short squeeze play happens when a stock that is heavily shorted for various reasons shows sudden changes in share price, thus pushing short-sellers out of their positions. As the short-sellers are forced to exit …

Short squeeze candidates include stocks that are heavily shorted and then experience price jumps, forcing short sellers to exit their short positions. Short sellers borrow stocks and then bet on a price fall so that …

This short squeeze review looks at the stocks that are heavily-shorted for various reasons, leading to a surge in the stock price. The increase in share price can force short sellers to exit their positions …

Stock Short Report to Track as Markets Continue to Recover

Sometimes when coming up with a trading strategy, it is important to follow market indicators on whether you should go long or short on a particular stock. Having things like a stock short report help …

Silver prices are surging, making the metal one of the best-performing assets in the markets in the Q2, and could continue rising as supply constraints put further pressure on the market. Global metal production has …