Low float penny stocks are always worth watching. Whether the market is calm and you’re willing to take a risk, or if the seas are stormy and you’d like to catch a big wave, reading lists like this one is the best way to find some potential opportunities. Last week’s article, for example, predicted a number of winners, as did the one in April. Let’s see if this week we can continue that trend. 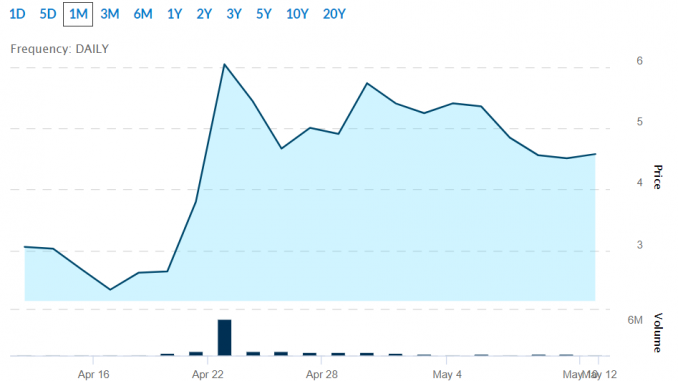 This Houston-based energy company engages in the exploration, development, and production of oil and gas. SilverBow leverages its operations in Southern Texas to conduct high-quality drilling operations while continuously enhancing its operations.

Last week, the company reported its first-quarter 2020 results and provided an update on its full-year plans. The new capital budget is $80-$95 million, a decrease of approximately $100 million from what was reported before the outbreak of COVID-19. Clearly, SliverBow is looking to cut out all unnecessary expenditures.

Though SBOW remains down 56.11% from the start of the year, it has started to recover from its COVID-related losses. The stock is up 93.22% from mid-April, and analyst coverage remains bullish.

According to MarketBeat, SBOW has a consensus price target from analysts of $14.00. This represents a potential 205.68% upside from its current price of $4.56. The stock also has a relatively low float of 10.54 million shares. 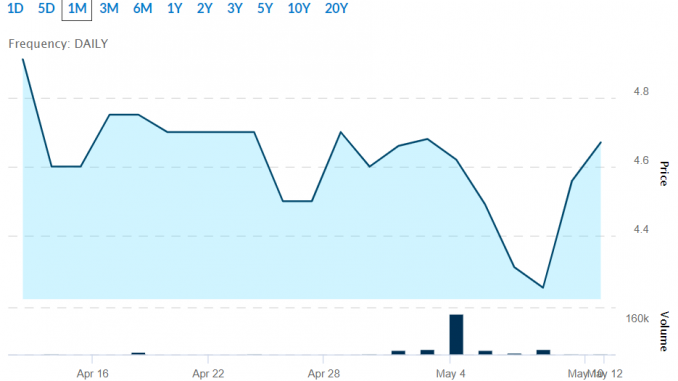 Jerash Holdings is a textile goods manufacturer partnered with well-known retailers like Walmart (NYSE:WMT), Costco (NASDAQ:COST), Hanes (NYSE:HBI), and PVH Corp (NYSE:PVH). Its production facilities are comprised of five factory units and three warehouses. As of December 2019, its total annual capacity at its facilities was approximately 8 million pieces.

After being forced to suspend operations in the country of Jordan in late March, Jerash announced the resumption of production at the beginning of May. The company is now creating potentially protective equipment like face masks and hospital gowns. These initial production runs will likely result in larger or longer-term order activity, providing Jerash with unexpected capital.

JRSH is down 24.11% from the start of the year. Currently trading at $4.50, the stock has a potential upside of 100% to reach its $9.00 consensus price target on MarketBeat. In addition, JRSH enjoys a remarkably low float of just 2.52 million shares. 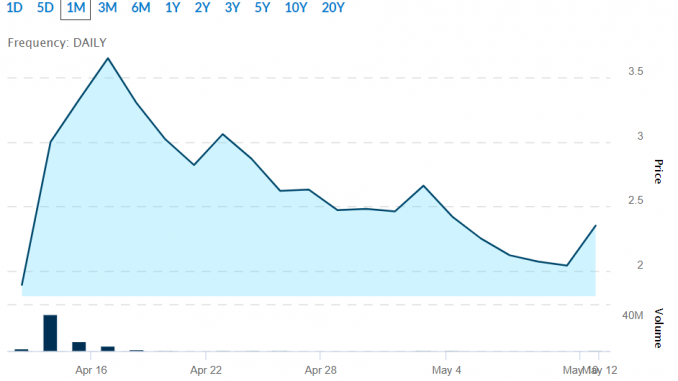 Neurometrix reported its Q1 2020 results in April. The company generated $2.2 million in revenue despite the ongoing pandemic. Its gross margin, meanwhile, was $1.6 million or 71.4%. This is the highest gross margin percentage it has achieved in more than 10 years.

NURO saw a major rally last month, gaining approximately 250%. This brought it nearly in line with its price at the start of 2020. Since then, it has gradually consolidated but shows signs of picking up again. The stock rose 15% earlier today.

According to MarketBeat, analysts have given NURO a consensus price target of $5.00. This represents a potential upside of 112.77%. Plus, with a float of just 2.71 million, the stock appears poised for further movement. 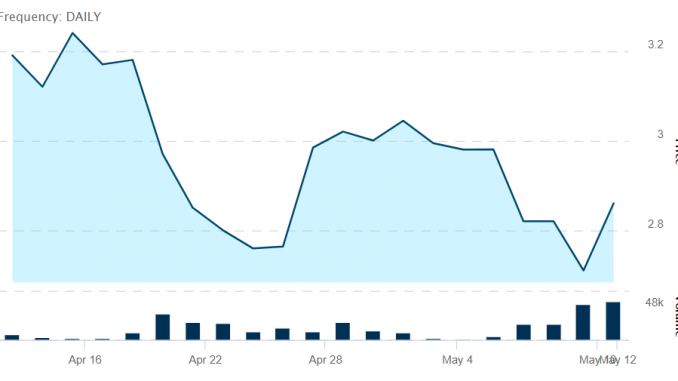 More than 100 years old, Limbach is the 12th-largest mechanical systems firm in the United States. The company provides building infrastructure services, with an expertise in the design, installation, and maintenance of mechanical, electrical, and plumbing systems.

Limbach will announce its full-year 2019 financial results this Wednesday. Given the company’s consistent growth, industry watchers are expecting good things from the report.

LMB has performed admirably compared to its peers, as it’s only down 23.7% from the start of the year. This might lead some investors to feel the stock is priced too high, but the earnings report will be the true measure of this once released.

Analyst consensus predicts a 75% upside for LMB stock. Currently trading at $2.86, this would bring LMB’s share price to just under $5.00. LMB has 4.67 million shares outstanding, meaning it can be easily moved, though is not as volatile as some of the other picks on our list.

There’s no consistent theme on our list of the top low float penny stocks to watch this week, though the variety is promising in itself.

Of course, make sure to do your own research before taking a position.