So far in March, stock markets have experienced massive losses as the coronavirus outbreak continues to wreak havoc on the global economy. The Dow Jones and S&P 500 plunged, prompting concerns that a global financial crisis is imminent. However, as broader markets declined, biotech penny stocks benefited by racking gains thanks to speculation resulting from the impact of COVID-19.

Volatility has continued to grow in the stock market today because of growing concerns over the virus, and now many other types of stocks are showing similar signs of volatility that penny stocks normally exhibit. While investors who dabble in penny stocks may be used to this volatility, investors unfamiliar with this type of movement may panic over such large swings, which could explain the current panic within markets. 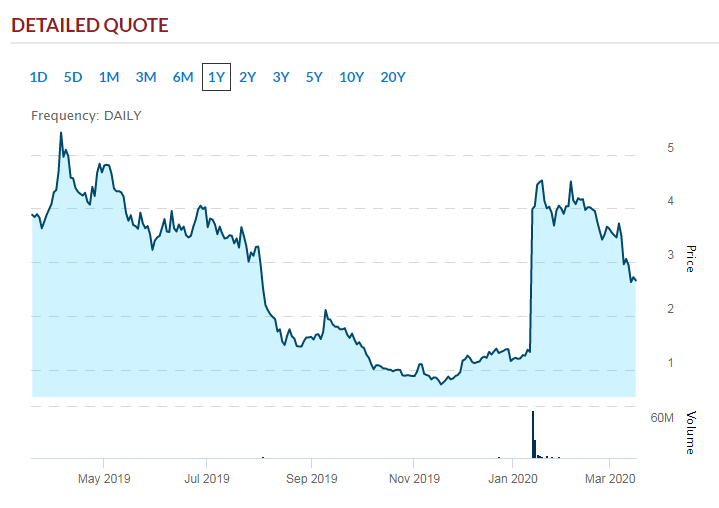 Adaptimmune has gained 120% year to date, making it the biggest biotech penny stock this year. The stock surged in January, and investors have been watching this penny stock for two main reasons. To begin with, the company recently enhanced its financial position through a capital raise. Secondly, Adaptimmune signed a partnership deal with Astellas Pharma Inc. (OTCPK:ALPMY) for the co-development of allogeneic T-cell therapies for cancer patients.

The appealing aspect of this penny stock is the growth potential of the company’s improved T-cell therapies, which will be significant in the anti-cancer cell therapy field that is relatively new. Therefore, if this line holds, then this small-cap biotech stock could surge to large-cap status in a few months.

The company’s major test could be in its anticipated clinical update for ADP-A2M4, which is its synovial cancer treatment. If the results are positive, then that could trigger more lucrative licensing deals and even a buyout at a huge premium. 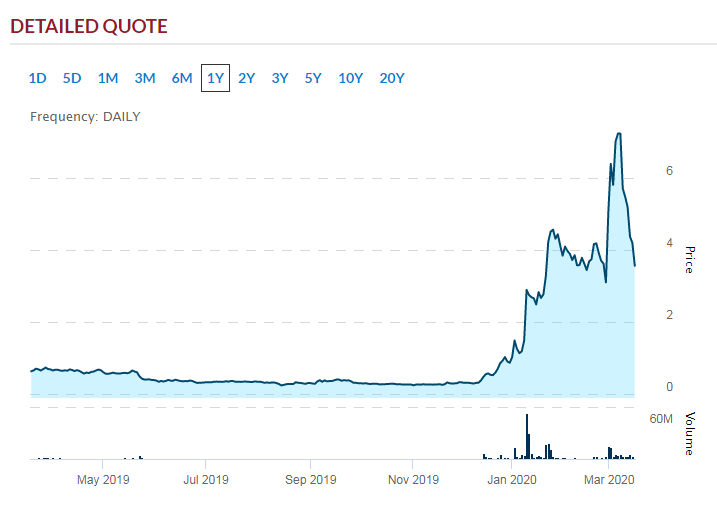 Trillium Therapeutics stock has gained around 180% year to date. Its trigger began in January after the company announced that it had regained its compliance after meeting the Nasdaq Capital Market minimum bid price prerequisite. The compliance technicality is now closed, and the company prides itself on a leading CD47 portfolio comprising of two distinctive molecules, TTI-621 and TTI-622, with the potential of being the best-in-class anti-CD47 treatments.

In February, the biotech penny stock jumped over 43% following reports that Gilead Sciences Inc. (NASDAQ:GILD) had approached Forty Seven (NASDAQ:FTSV) with a takeover proposal. This is an advantage for Trillium because Trillium is also developing a drug similar to Forty Seven’s monoclonal antibody, magrolimab, against CD47. 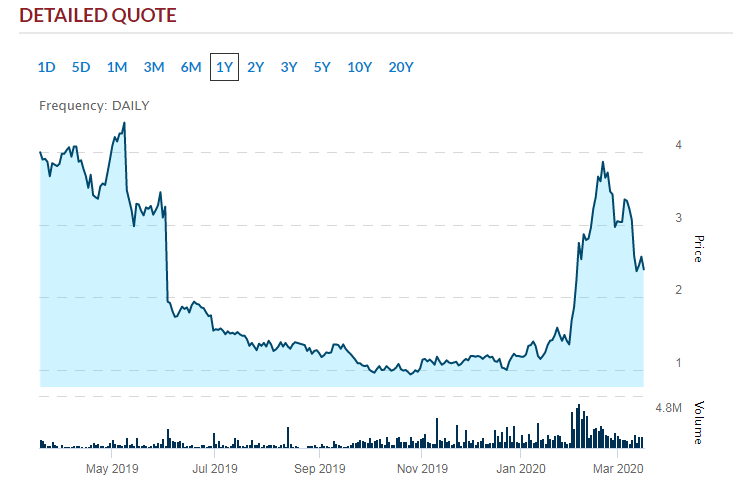 The company indicated that the cuts and closure were necessary while it seeks to redirect personnel and capital to its partnership with Eli Lilly and Co (NYSE:LLY). Aduro is working with Eli Lilly to develop treatments for cancer inflammatory and autoimmune diseases. Last month, the company indicated that it will continue enrollment for its ADU-S100 clinical trial in combination with Keytruda as a treatment for Metastatic or recurrent neck and head squamous cell carcinoma. 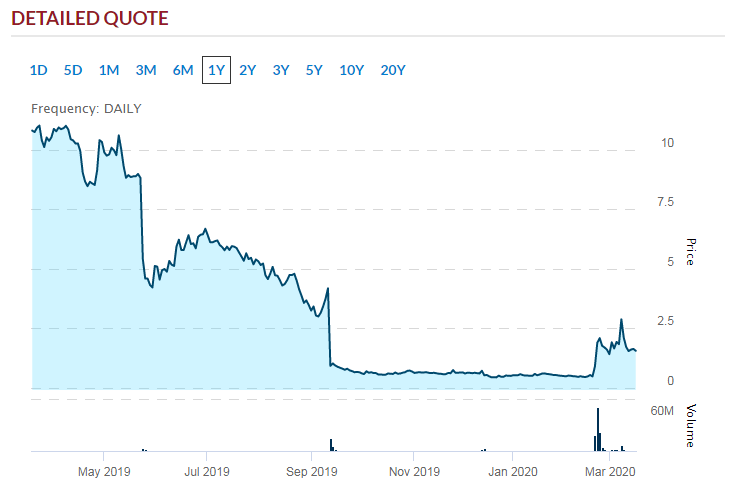 Tocagen gained over 200% after the company announced a reverse merger last month with privately held company Forte Biosciences. Forte is working on a live biotherapeutic treatment for inflammatory skin diseases.

The company indicated that the merged company will continue developing Forte’s biotherapeutic treatment for inflammatory skin diseases like atopic dermatitis. The combined company will trade on the Nasdaq under the symbol FBRX.

Currently, there is significant market volatility resulting from growing concerns over the coronavirus pandemic. However, there is substantial potential in some biotech penny stocks that may make them worth taking a closer look at.