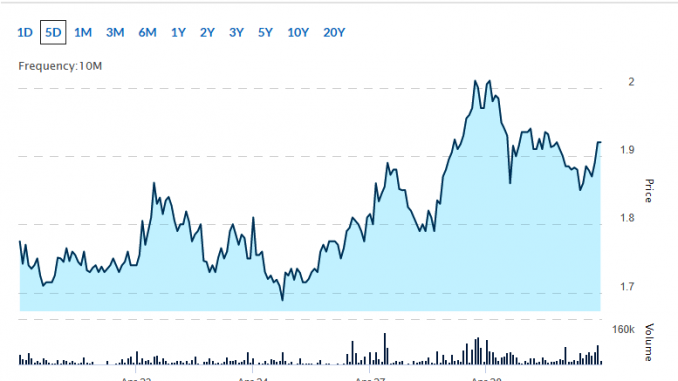 Briggs & Stratton has a short float of 35.50%. The Wauwatosa-based company recently indicated that it will adjust its production following the coronavirus pandemic. Briggs indicated that it will cut production in some of its manufacturing facilities, and also temporarily close others. Similarly, the company has withdrawn its fiscal 2020 financial outlook because of growing economic uncertainty. The move is in response to supply chain challenges and declining demand that has been caused by the COVID-19 pandemic.

Although the manufacturer said that it is cutting production, it does have enough finished product inventory to help meet its global customer demand and support its dealers.

Corporate marketing VP Rick Carpenter stated that some of the company’s facilities have not been operating due to a lack of adequate inventory. Currently, its Sherill, New York, and Burleigh Street plants are still operational. 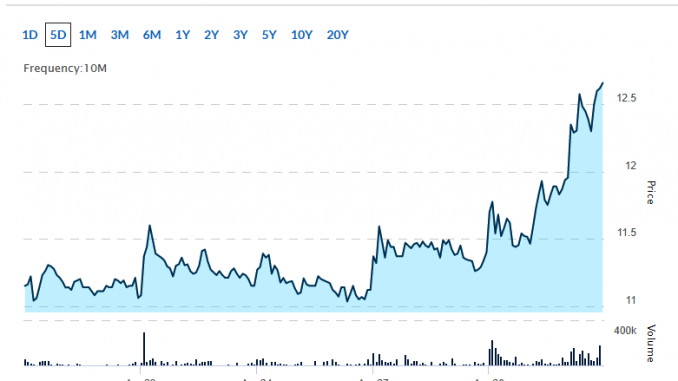 Our second potential short squeeze play stock is APRN stock, which has significantly benefited from the coronavirus crisis. The meal-kit maker has a short float of 44.74%. Up until the coronavirus pandemic, Blue Apron was one of the worst-performing stocks on Wall Street. When the company went public in June 2017, its IPO price was $150, but as of February 2020, the shares were trading at $2, having dropped 99% since 2017.

The coronavirus pandemic has been a blessing in disguise for the company, which has seen its stock surge from $2 in February to around $30 at the end of March. With lockdowns, people are staying at home, and they are avoiding restaurants, which created an opportunity for meal-kit makers such as Blue Apron. When the company’s stock hit $30, management indicated that they had experienced a significant increase in demand in recent weeks. Going forward, the pandemic could revolutionize consumer behavior and could make meal-kit making services into a large, mainstream industry.

Best Short Squeeze Play to Watch in May 2020: Mallinckrodt (NYSE:MNK) 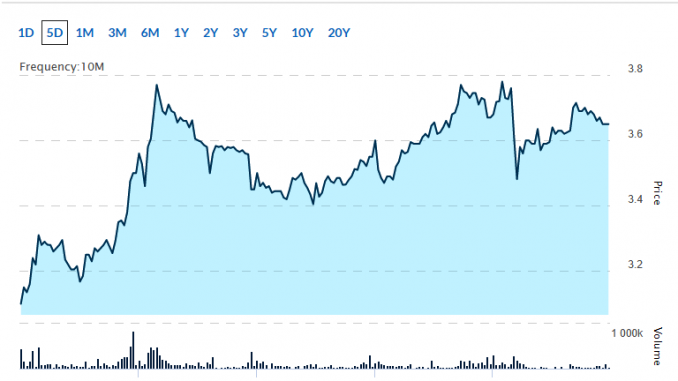 Mallinckrodt has a stock short float of 65.32%. Since mid-March, MNK stock has surged 165%. The stock’s trigger came after the company announced that it had signed agreements with institutional investors for the exchange of its 4.875% outstanding Senior Notes of $495 million due this year. The company exchanged the notes for 10% new First Lien Senior Notes that will be due by 2025. This gave Mallinckrodt some breathing space as it strives to even out its finances.

Recently, the company launched a rolling proposal for marketing application approval in the US for its regenerative skin tissue therapy, StrataGraft, for adults with deep thermal burns. The product tries to imitate normal human skin, and it has been developed to minimize autograft in adults with severe thermal burns. 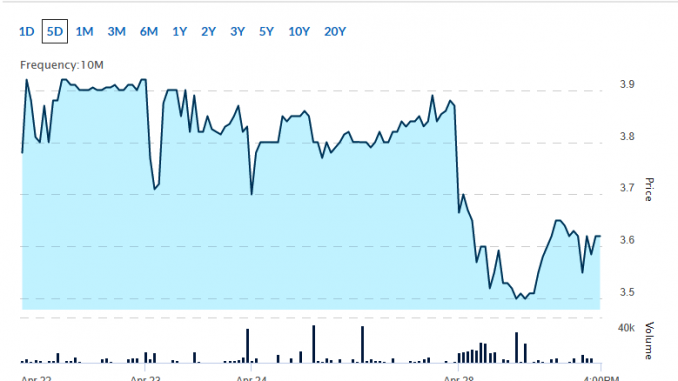 MiMedx Group is a wound care and therapeutic biologics company with a short float of 75.44%. Recently, the company announced that it had received approval from the Bank of America regarding an application for the Paycheck Protection Program credit facility as per the CARES Act. The company is expecting to receive loan funds at the end of this month. Similarly, MiMedx has reached an agreement to amend its Loan Agreement with Blue Torch Finance.

Earlier this month, the company announced that it had reached a settlement with the justice department regarding a probe on the correctness of commercial valuation of one of its products to the Veteran Affairs department about its Federal Supply Schedule agreement. The company didn’t admit to the allegations brought against it but agreed to settle the matter by paying $6.5 million to the justice department.

Short-selling is very risky, so short-sellers need to be keen to avoid being caught in a short squeeze play. As for regular investors, these kinds of plays may be exactly what they want to keep an eye out for.

This short squeeze review looks at the stocks that are heavily-shorted for various reasons, leading to a surge in the stock price. The increase in share price can force short sellers to exit their positions …

Stock Short Report to Track as Markets Continue to Recover

Sometimes when coming up with a trading strategy, it is important to follow market indicators on whether you should go long or short on a particular stock. Having things like a stock short report help …

The Best Short Squeeze Play on the Radar?

When picking trade setups, it is sometimes good to let the market direct you on whether to go short or long on a stock or to just watch from the sidelines. Putting shorting pressure on …

Top Gold Stocks to Buy for Under $2 on April 23

The price of gold has been on a remarkable upward curve over the past weeks, and it is likely that the top gold stocks in the market have been in sharp focus due to the …

Top 2 Penny Stock Gainers on the Radar for April 20

The markets have been in turmoil over the past few weeks, but that hasn’t stopped the emergence of penny stock gainers on a daily basis. Penny stocks give people the opportunity to make smart bets …

Major stock markets are beginning to rebound after weeks of losses, and there are several hot penny stocks gainers that were up over 30% on Thursday.

After a turbulent day, the Dow Jones …