It’s Friday, and British Columbia-based BIG Blockchain Intelligence Group (OTC:BBKCF) ended the last day of trading in the green, allowing the company to go into the weekend with a smile. What happened, though? Is there a reason that the BIGG stock shot up today? Well, let’s see what we can find out. 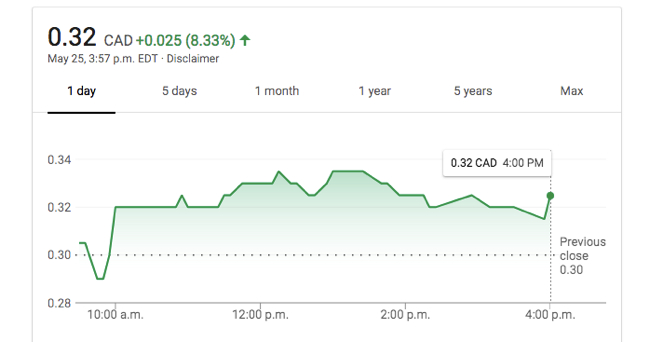 For those who don’t know, BIG Blockchain Intelligence Group is a Vancouver, Canada-based company. It is known primarily for developing various crypto agnostic search solutions, all of which are developed for law enforcement and government agencies as well as retail companies.

This week, BIG Blockchain Intelligence Group has been pretty vocal, and the company even made a big announcement on Thursday. It’s likely this is why the stock ended Friday’s trading day in the green zone.

On Thursday, BIG Blockchain Intelligence Group announced that it will be participating in UBC’s “Future of Blockchain” conference. Not only that, but BIG will be a Platinum Sponsor. The event is a big deal, bringing together various innovators at one of Canada’s most prestigious post-secondary institutions. CEO Lance Morginn released a statement in which he said that BIG is very proud to sponsor the event. Morginn added that BIG is glad to be bringing both students and businesses together to discuss blockchain technology. The conference is scheduled for today, so that may have played into the direction the stock took during the session.

It will be interesting to see the direction the BIGG stock takes on Monday. Why? Because that will be when the public really starts to hear about how the conference went, and if something went terribly wrong, it may affect the stock next week and vice versa.

How Blockchain Technology Might Be the Solution Agriculture Needs

The agriculture industry presents 6.4% of the globe’s entire economic production, and yet, the sector still deals with complicated ecosystems and financial structures. Most people want to know where, how, and who produces the food …

The recent launch of Apple Inc.’s (NASDAQ:AAPL) first proprietary credit card, Apple Card, has turned the spotlight towards the growing digital payment and mobile wallet industry. But Apple may be late to the game, as …

How Blockchain and AI are Changing the Entertainment Industry

The entertainment industry has some big-names, from Netflix (NASDAQ:NFLX) to Disney (NYSE:DIS). But forget the FANG stocks for a second because recently, the entertainment and media sector has been influenced by new players. Three, specifically. …

If you are looking for investment opportunities in the FinTech sector, then Intelligent Systems (NYSE:INS) could be for you. INS stock has broken out in 2019 with shares already up over 150% since January 1st. …

When penny stocks shoot up 20% in a 24-hour period, it begins to make sense why investors take a risk backing stocks under $5. Such is the case for two companies on our radar today. …

DMG has partnered with SPIRIT Blockchain, a Swiss-Canadian blockchain technology company, to market and sell … Read

Last week, lawmakers passed a bill in the Connecticut General Assembly proposing that blockchain smart contracts will have full legal effect and be approved for business use in the state. An equivalent bill was passed …

The Hybrid Summit 2019: uBUCK, Tom Lee, and Everything Blockchain!

Blockchain stocks were once as hot as Beanie Babies were in the 90s. Investors couldn’t get their hands on these stocks quick enough. For a few months back in 2017, when a public company announced …