Biotech penny stocks are biotech stocks that sell for less than $5 per share. Most early-stage clinical biotech companies usually fall into the penny stock range. They are prone to market volatility and have large amounts of outstanding shares with risky fundamentals. Also, penny stocks attract limited institutional ownership, which can also enhance their volatility. However, in market conditions such as the recent equity market turmoil, penny stocks hold some potential—if you’re up for the challenge.

Here are four biotech penny stocks that have gained significantly in April: 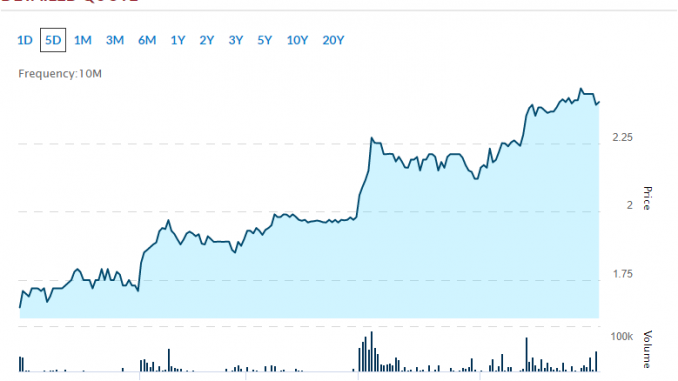 So far in April, Leap Therapeutics is up around 52% despite there being no recent news from the company. The stock has rallied more than 135% year to date. At the beginning of this year, Leap provided a positive update on the completion of its Phase 1/2 clinical study, KEYNOTE-731 (P102). The study was evaluating Leap’s DKN-01 in combination with Merck & Company Inc.’s (NYSE:MRK) Pembrolizumab, or paclitaxel, in refractory/relapsed esophagogastric cancer patients.

The results showed a positive effect, with the company observing significant treatment in the anti-PD-1/PD-L1 naïve gastroesophageal/gastric junction adenocarcinoma patient subgroup that had high DKK1-expressing tumors. The patients received DKN-01 and pembrolizumab. The company is planning to test the combination of DKN-01 with BeiGene Ltd’s (NASDAQ:BGNE) tislelizumba PD-1 inhibitor in a second-line high DKK1-expressing adenocarcinoma through the recently announced license agreement. 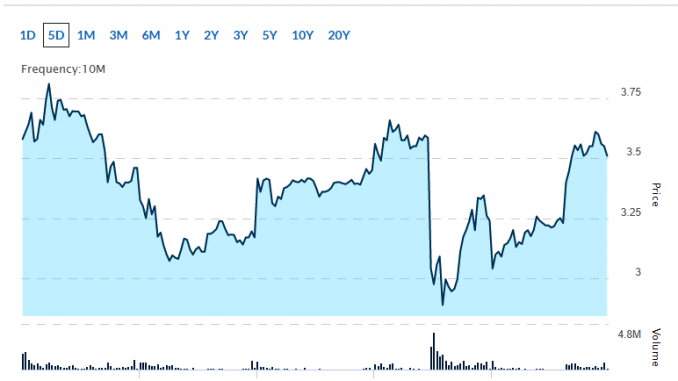 Since the beginning of this month, BioCryst Pharmaceuticals stock has climbed 80%.

>> 4 5G Penny Stocks to Add to Your Watchlist

The company has one drug on the market already, following the FDA’s approval of Rapivab in 2014 for the treatment of influenza in adults and also in pediatricpatients above two years of age since 2017. The drug has been a commercial success, and in Q4 2019, the company reported sales of $13.9 million from Rapivab. Most interestingly, at the beginning of this year, BioCryst filed for approval to use the drug in preventing hereditary angioedema attacks in Japan and the US. 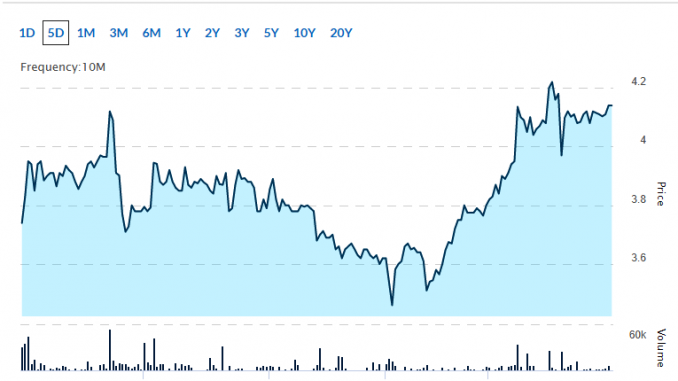 Protalix Therapeutics is a biopharma company that focuses on developing and commercializing recombinant therapeutic proteins expressed through ProCellEx, its novel plant-based expression system. The company’s stock has rallied 75% since the beginning of this month.

Last week, Protalix filed a prospectus for the sale of 35,208,846 shares of its common stock by “Selling Stockholders.” This includes around 17.604 million shares that the stockholders hold, as well as another 17.604 million issueable shares to the selling stockholders once they exercise warrants to acquire Protalix’s common shares at an exercise price of around $2.36 per share. There is no timeline on when the sale will begin or whether it has commenced. The company will not receive any proceeds from the sale because it is selling stockholders who are already selling rather than its common shares. 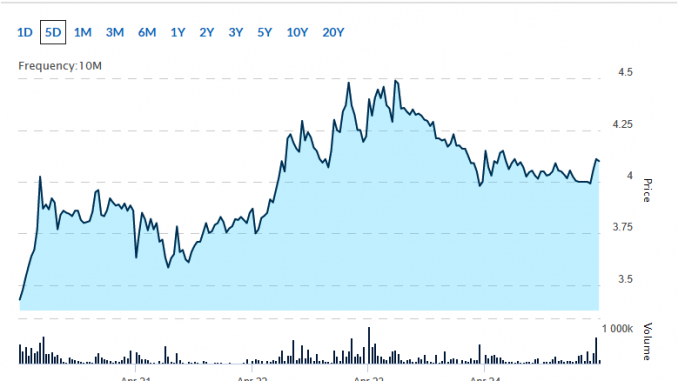 Verastem’s stock has gained 57% in April. The company has one drug currently on the market that is a FDA-approved leukemia and lymphoma medicine, Copiktra, which has been a disappointment. Even with high sales estimates of around $800 million annually, the company only reported net revenue of $12.3 million last year. This forced the cancer biotech company to consider restructuring by cutting costs and refocusing on its early-stage assets like VS-6766 and defactinib, which is for KRAS-mutated tumors.

It now appears that the change in strategy has boosted investor confidence, and the stock has rallied 198% year to date. The main reason for the surge is because KRAS-mutated tumors are an area with massive commercial potential. Although there is competition in the market, Verastem will likely nonetheless benefit significantly from this therapy.

What to Expect Now?

Although penny stocks are volatile, these four biotech penny stocks express massive upside potential. For investors willing to take the risk, they may be able to reap some good returns from penny stocks like this. As always, though, it’s important to do your own research before making any moves.