VANCOUVER, Jan. 10, 2020 /CNW/ – Barsele Minerals Corp. – (TSXV: BME) (“Barsele“) is pleased to report the final 2019 operational update in relation to the ongoing exploration program within the Barsele Gold-VMS Project area in Västerbottens Län, Northern Sweden (the “Barsele Project“). The exploration program is being operated by joint venture partner Agnico Eagle Mines Limited – (TSX, NYSE: AEM) (“Agnico Eagle“). Ownership in the Barsele Project is 55% Agnico Eagle and 45% Barsele. Agnico Eagle can earn an additional 15% in the Barsele Project through the completion of a pre-feasibility study. There is no cash outlay requirement by Barsele until a pre-feasibility study is completed. 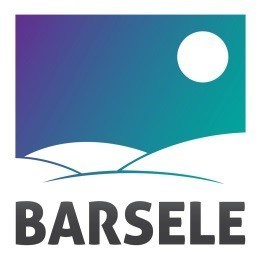 Diamond drilling for the 2019 year totaled 12,310 metres in 56 completed core holes. Since late 2015, a total of 147,452 metres of overburden penetration and core collection has been tabulated from a total of 367 drill holes. Results from 39 drill holes are presented in this news release.

The pursuit of volcanogenic massive sulphide (“VMS”) mineralization within the Barsele Project area was the principal focus in 2019, with Agnico Eagle applying a combination of geological, structural, geochemical and geophysical techniques to facilitate the pursuit to discovery. Each hole drilled has added to the knowledge-base. Drill core observations and analytical results, have assisted the vectoring toward the eventuality of a new discovery.

Additionally, there was some minor drill testing along the extensive Avan-Central-Skiråsen (CAS) gold system. The gold intercept in hole AVA19007 extends the mineralization roughly 600 metres to the northwest for a known strike length approaching 3.6 kilometres.

Barsele’s President, Gary Cope states; “The pursuit of Norra-style VMS deposits was the principal exploration focus in 2019. These final results with significant gold, zinc, copper and silver values, suggest proximity to higher grade VMS mineralization. We look forward to working with our Agnico Eagle partners in 2020.”

The technical information in this news release was verified by way of a site visit in October of 2019 by the Qualified Person, wherein the data was discussed with the site management and the technical staff and the database was reviewed and drill core was examined. Agnico Eagle maintains comprehensive quality control/quality assurance protocols.

All samples referred to in this table were tested at independent MS Analytical Service, wherein core cutting and sample preparation is carried out in Storuman, Sweden and the analyses of both Au and multi-element analysis of AES samples is completed in Canada. The assay method is SWED-Edh-6, which comprises:  FAS-121, Au fire assay-AA on 50 gram-above 3 ppm Au fire assay-gravimetric;  FAS-425, Au by fire assay and gravimetric finish-50 gram nominal sample weight; IMS-230, 48 element four-acid digestion ICP-MS;  ICF-6Xx, default over limit methods for ICF-6Ag, ICF-6As, ICF-6Cu, ICF-6Pb, ICF-6Zn, SPM-210 (S);  FAS-418, Ag by fire assay and gravimetric finish for Ag above 1,000 ppm.  For semi-massive to massive sulphide rock, ICP-130 aqua regia is used for multi element analysis, instead of the four-acid digestion.

About the Barsele Gold Project

The Barsele Project is located on the western end of the Proterozoic “Skellefte Trend”, a prolific volcanogenic massive sulphide deposits belt, that intersects with the “Gold Line” in Northern Sweden. Both polymetallic “VMS” deposits and intrusive hosted “Orogenic gold” deposits are present in this region and on this property. Current and past producers in the region include Boliden, Kristineberg, Bjorkdal, Svartliden and Storliden.

Pre-2019, drilling was mainly focused on verifying, defining and expanding the “Orogenic gold” mineral resources within and along the Avan, Central and Skiråsen zones and more recently, the Risberget Zone and the Skirliden area.

The main gold-bearing system remains open in all directions. The structurally-linked mineralized zones occur within granodioritic-volcanic-sedimentary host rocks and vary in width from 10’s of metres to 700 metres and have been traced over a strike length exceeding 8.0 kilometres and to a depth approaching 1.0 kilometre. Gold is generally associated with arsenopyrite and low base metal content, but also occurs as native metal.

Since January 2019, drilling has been focused on the pursuit of massive sulphide mineralization that is hosted in rocks of volcanic and sedimentary composition, partitioned by post mineral intrusive dykes and sills.

Art Freeze, P.Geo. is the Qualified Person as defined in NI 43-101 and takes responsibility for the technical disclosure contained within this news release.

Barsele is a Canadian-based junior exploration company managed by the Belcarra Group, comprised of highly qualified mining professionals. Barsele’s main property is the Barsele Gold Project in Västerbottens Län, Sweden, a joint venture with Agnico Eagle. An updated NI 43-101 Technical Report on the Barsele Project with an effective date of February 16th, 2018, was filed on SEDAR on April 12th, 2018.

ON BEHALF OF THE BOARD OF DIRECTORS

This News Release may contain forward-looking statements including but not limited to comments regarding the timing and content of upcoming work programs, geological interpretations, receipt of property titles, potential mineral recovery processes, etc. Forward-looking statements address future events and conditions and therefore involve inherent risks and uncertainties. Actual results may differ materially from those currently anticipated in such statements and Barsele undertakes no obligation to update such statements, except as required by law.

Analysts across the board are offering very positive recommendations to Premier Health Group Inc. (CSE:PHGI) (OTCQB:PHGRF) – a healthcare technology company that is strategically positioned to deliver disruptive solutions and capitalize on lucrative business opportunities …

In a new development that has come as a significant boost for GNPX stock, Genprex Inc (NASDAQ:GNPX) today announced that one of its products has been awarded a fast track designation by the United States …

Premier Health is a healthcare technology company that is …

In a new development that has …

VSBLTY to Present with Sensormatic Solutions at New York NRF 2020

This has been quite an exciting week for American Aires Inc. (CSE:WIFI). In addition to having a red-hot stock that’s been drawing a lot of attention from Wall Street analysts, the innovative, Ontario-based tech company …

BBBY stock is one of the biggest losers on Thursday after retail major Bed Bath & Beyond Inc. (NASDAQ:BBBY) revealed its earnings for the third quarter, which proved to be a disappointment. Moreover, the company …

Innovative tech company American Aires Inc. (CSE:WIFI) made an exciting announcement Tuesday that will position the company for the coming 5G revolution.

The company, which is focused on the research, development, and implementation …