Despite the current situation with the stock market, people are still on the lookout for the biggest penny stock gainers today, and in order to do that, one needs to track the market closely. The stock markets have been in a tailspin over the past week. After recovering from its biggest fall since 1987 on Tuesday, the Dow Jones tanked again on Wednesday.

However, despite widespread fears that things were going to tank further, the stock market actually went into positive territory today. The recovery of sorts was primarily powered by tech stocks.

Penny stocks have always been a popular category of stocks for plenty of investors, and it could be worthwhile for investors to take a look at some of the penny stocks that are soaring today on the back of the recovery.

Here is a quick look at the 5 biggest penny stocks gainers on Thursday morning. 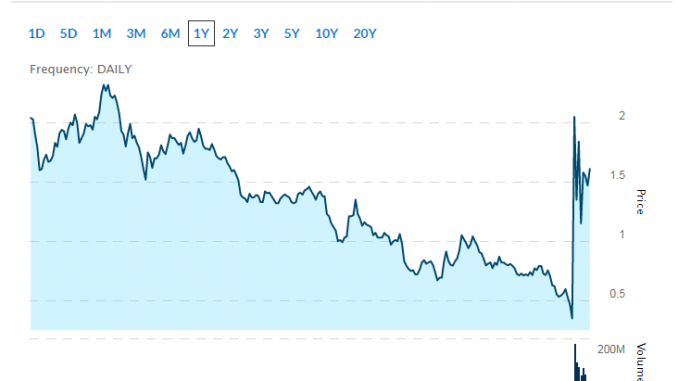 The first stock that could be considered by investors is Aytu Bio, which has made significant gains today. The company announced today that it has successfully extended its distributions rights for its COVID-19 IgG/IgM Rapid Test. It should be noted that the test is clinically validated and has resulted in a lot of attention for the company over the past days.

The test successfully delivers results within two to ten minutes and has been licensed from the Hong Kong-based company L.B. Resources. By way of this particular amendment, the company will now be able to distribute the test in the United States, Mexico, and Canada. The stock soared by 16% on the back of this announcement. 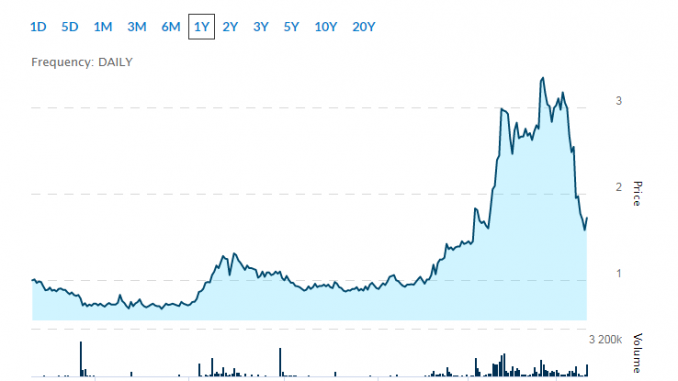 Soligenix has emerged as one of the biggest penny stock gainers this morning after the company announced preliminary top-line results from the Phase 3 clinical trial of its product, SGX 301.

The medicine in question is meant to treat patients suffering from cutaneous T-cell lymphoma (CTCL). According to the data from the study, the medicine managed to hit its primary endpoint, which resulted in positive stock movement for SNGX this morning.

SNGX stock grew 12% in the early morning session on Thursday, but it remains to be seen if it can extend these gains throughout the rest of the day. 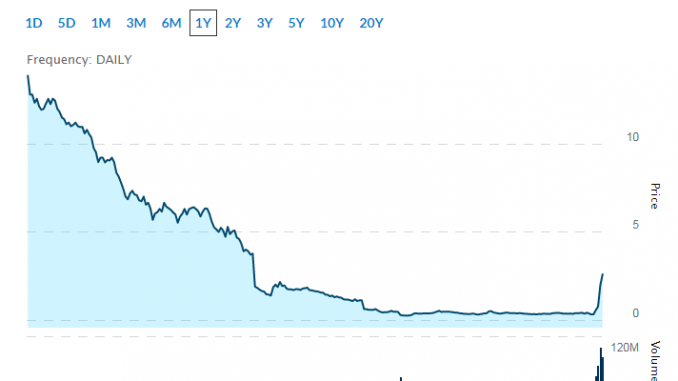 Meal kit delivery firm Waitr Holdings has been on fire this week, soaring by 1,100% since Monday. WTRH stock continued on its merry ways this morning, recording gains of 95% so far.

Due to the coronavirus pandemic, many restaurants have been closed down, and thousands of people from across the United States are now working from home. In such a situation, there could be high demand for the meal kits from Waitr, which explains the company’s stock growth.

Investors may want to keep an eye on WTRH stock. 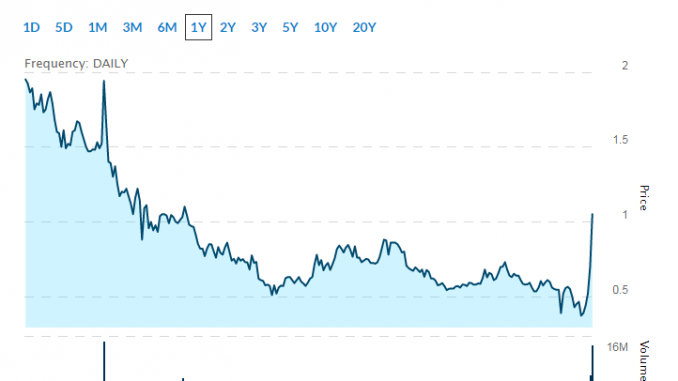 Another stock to emerge in the spotlight is Chanticleer Holdings. BURG stock has soared by 375% this week so far, and this morning, it gained even more after the company announced the results of a key shareholder vote.

Chanticleer, which operates restaurant brands across the country, announced that its shareholders voted in favor of all the proposals at a special meeting recently held. Some of the proposals included the merger with Sonnet BioTherapeutics Inc and the spinoff of the restaurant business. After the announcement was made this morning, BURG stock soared by 165%. 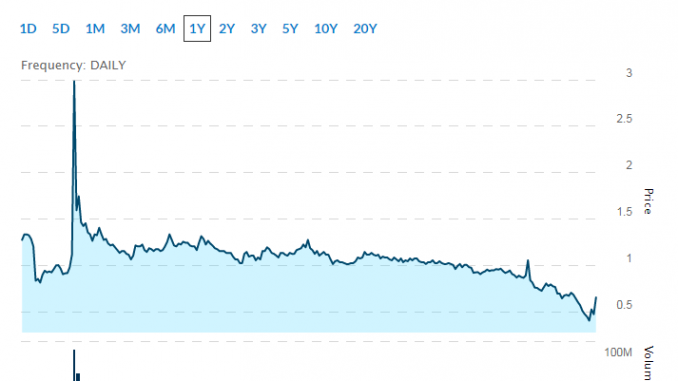 Last but not least, Moleculin Biotech stock is soaring today after the company announced that one of its products could prove to be a medicine for treating coronavirus infection. Moleculin has reached an agreement with the University of Texas Medical Branch at Galveston by way of which its molecular inhibitors, such as WP 1122, are going to be tested against a wide range of viruses, including the coronavirus.

The announcement resulted in a sensational surge in MBRX stock this morning, which gained 48%.

Penny stocks trade below $5 per share, which often presents an opportunity for investors who prefer investing in cheap stocks. However, these stocks are some of the riskiest due to their volatile nature. If you …

Penny stocks are the favored category of stocks for thousands of investors in the market, largely because of the possibility of significant returns. These stocks can often generate enormous gains for the investor, and therein …

Top 5 Penny Stocks to Watch During the Coronavirus Outbreak

Closed borders, Fed rate cuts, and many more major developments in the fight against coronavirus set the markets up for another week of major volatility. The economic toll that the virus is expected to take …