The reason behind the decline in many stocks is rooted in the coronavirus pandemic that has sent stock markets across the world in a tailspin. Stocks crashed hard on Monday, and the Dow Jones Industrial Average suffered its biggest crash since 1987. Despite the announcement of a massive stimulus from the United States Federal Reserve, the stock market continued to tank.

The Dow crashed by 31.7% from its all-time high, while the S&P 500 fell by 29% from its record last month. With all this turmoil, it is not a surprise that popular penny stocks suffered a decline in demand as well. Here is a look at four such penny stocks. 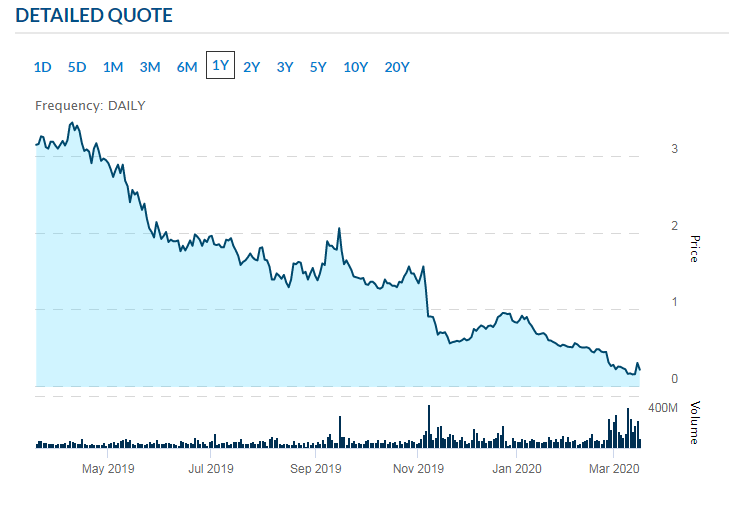 One of the major losers among popular penny stocks in recent times is the US shale oil producer Chesapeake Energy. The stock has tanked by 75% so far this year, and over the past 12 months, it has lost as much as 93%. The company, which has massive debts on its books, is suffering from both a weakness in demand and from lower oil prices. The OPEC War in recent times has sent oil prices plunging, and that has come as a significant shock to the company.

Some have even suggested that the company might go bankrupt. However, that would likely only happen if the oil prices remain depressed. It is unlikely that the prices are going to stay at these levels for an extended period and if the oil price rebounds, then Chesapeake could also get some relief. 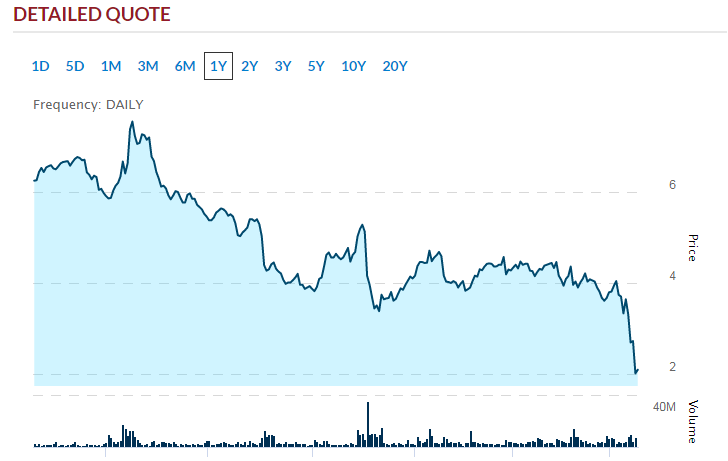 The stock of action camera manufacturer GoPro has tanked considerably since the beginning of the year. GoPro may have been one of the more popular penny stocks several years ago, but its demand has now tapered, and the stock has lost 55% in 2020 so far. Significant investor wealth has been burned by GPRO stock over the years, with the stock price declining 42% in the last 12 months. In the recent Q4 2019 earnings call, GoPro’s Chief Executive Officer, Nick Woodman, stated that sales from the company’s website have grown, so perhaps there is still hope left for this once popular penny stock.

>> Top 5 Penny Stocks to Watch During the Coronavirus Outbreak

However, the company still faces major challenges from companies like Apple (NASDAQ:AAPL), which have similar cameras installed on phones. On top of that, consumers generally don’t buy action cameras every year, and such a product has also found it difficult to gain popularity in emerging economies. This is why GPRO stock’s popularity has plummeted significantly. 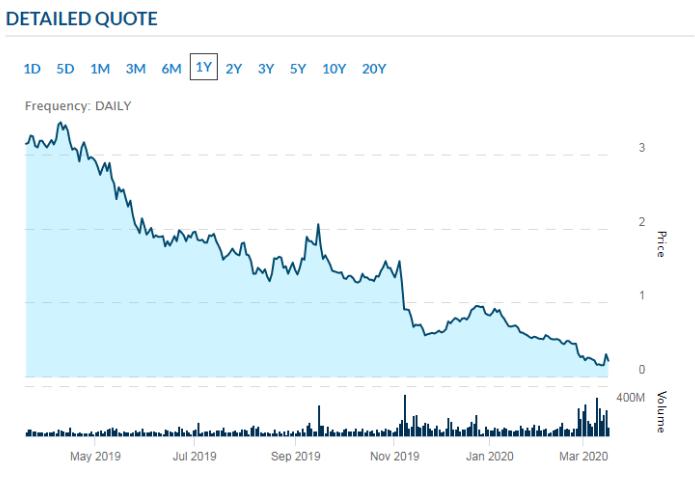 Another penny stock that has gone down in the popularity charts in recent years is that of video game retailer GameStop. The gaming market has increasingly moved online in recent years, and physical retailers like GameStop have felt the heat.

GME stock has tanked by 35% this year so far, and there are genuine fears that GameStop might be heading for bankruptcy. Recently, rating agency Moody’s has downgraded its debt, which has added to the company’s troubles further.

However, some analysts believe that the company might not go bankrupt just yet. The launch of new gaming consoles from Microsoft (NASDAQ:MSFT) and Sony (NYSE:SNE) later on in 2020 could come as a massive boost for the company. Moreover, it has $290.3 million in cash as of November, against debts of $419.4 million, so it seems unlikely that the company is going to go bankrupt anytime soon. 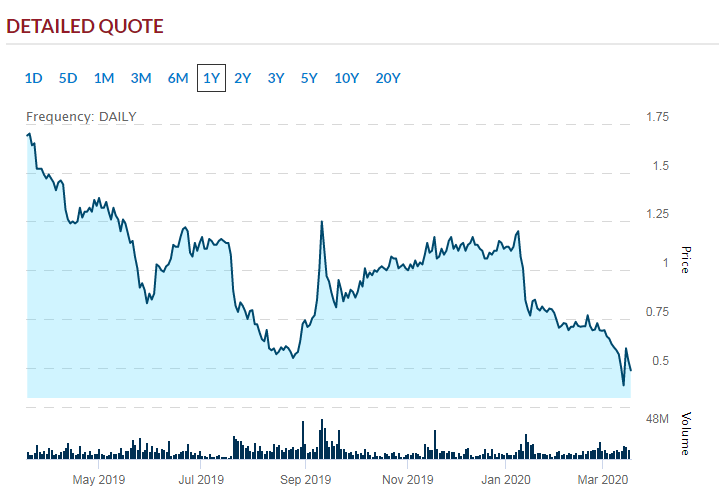 Last but certainly not least is JC Penney stock, which has lost favor with investors in recent months because of its continued disappointing performance. Over the years, the company’s massive debt load and dwindling sales have resulted in JCP stock’s steady decline. In 2020, JCP has declined by 55% so far, and based on its financial performance, it is not really a surprise that it is not in demand anymore among investors.

However, one silver lining for investors is the fact that JC Penney reported an unexpected profit in its latest earnings and also generated positive cash flow. Despite all that, the stock is still down.

The coronavirus pandemic has caused a lot of market volatility, and major indices such as the Dow Jones, Nasdaq, and S&P 500 are experiencing significant movements each day. The volatility has resulted in a huge …

Penny stocks trade below $5, and although they are cheap, they are nevertheless risky investments. Most of these penny stocks can be traded on platforms such as Robinhood, which permits trading with no minimum balance …