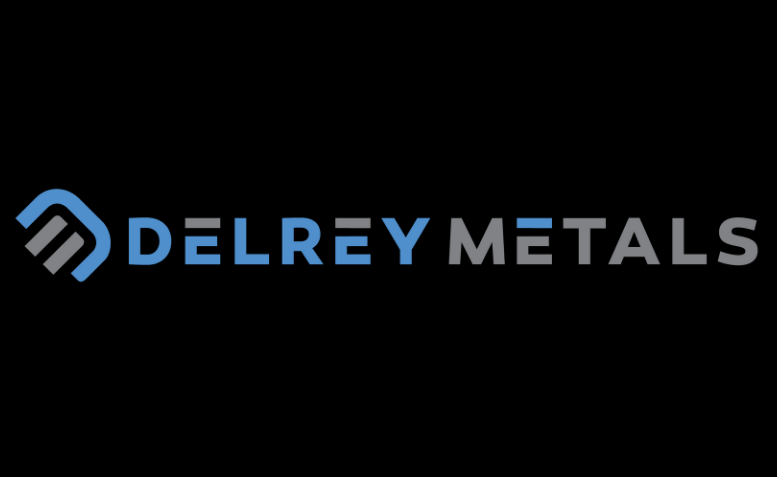 Based in Vancouver, British Columbia, Delrey Metals Corp. (CSE:DLRY) (OTC:DLRYF) is a junior resource exploration and development company focused on the acquisition, exploration and development of mineral resource properties, specifically in the strategic energy minerals space. Since listing on the Canadian Securities Exchange in the fall of 2018, Delrey Metals has added a number of promising, early exploration vanadium properties to its project portfolio.

Through strategic investments, Delrey Metals acquired the Star, Porcher, Blackie and Peneece vanadium properties in BC, all of which are highly prospective vanadium-rich properties with positive historical work program results.

Apart from its impressive projects in BC, the company has also grown its energy metals portfolio elsewhere. In March 2019, Delrey Metals gained 80% ownership in the 12,528-acre Four Corners vanadium-iron-titanium project in Newfoundland from Four Corners Mining Corp./Triple Nine Resources Ltd. The advanced-stage exploration project is located in one of the top mining jurisdictions in Canada and is one of the largest and most accessible vanadium projects in North America. What’s more, the site boasts encouraging historical data, is strategically located and offers excellent infrastructure.

Moving forward, Delrey Metals intends to review and acquire additional projects that show potential for materials used in strengthening alloys for steel and titanium, as well as energy storage and electric vehicles.

Delrey Metals is focused on creating shareholder value by sourcing, financing and developing undervalued strategic energy metals assets with an initial focus on vanadium, due to its compelling supply and demand dynamics. The company has a well-structured and tightly held capital structure, as well as a vested management team that holds 10% direct ownership.

Capitalizing on the Increasing Demand for Energy Metals

Delrey Metals sees massive potential in vanadium due to a low global inventory paired with the growing demand. At present, 56% of the world’s vanadium supply comes from China. However, due to incoming Chinese environmental restrictions and protectionist policies, that supply will be limited in the coming years.

What’s more, there is an increasing demand for Vanadium Redox Batteries (VRB), which are ideal for  “grid constrained” solar and wind farms that currently struggle to sell their electricity at times of peak production. Vanadium demand is also being driven by an increase in steel demand, Chinese and US government policy changes (rebar strengthening, earthquake proofing), and growing demand for green technologies and efficient energy storage.

Due to the limited supply and growing demand, the price for vanadium is expected to increase much higher than the current eight-year high.

Delrey Metals is primarily targetting vanadium in Canada and has acquired a number of promising Fe-Ti-V projects throughout BC. In December 2018, Delrey Metals acquired BC Vanadium Corp. and its two vanadium projects, Porcher and Star, which cover a total area of 16,654 acres and host vanadium mineralization within large bodies of titaniferous magnetite.

The Porcher project yields historic concentrate grades of 0.34% to 0.84% V2O5 , while historic drilling at Star indicates a much larger resource potentially exists within the property area to the west

The company then went on to acquire vanadium assets from Western Energy Metals Ltd. in December 2018, adding the Peneece and the Blackie vanadium properties in BC to its portfolio. The two properties cover a total area of 6,706 acres and host vanadium mineralization within large bodies of titaniferous magnetite. Samples from its Blackie property show the highest grade of vanadium found so far, 2.4% V2O5.

Delrey Metals recently announced that it has mobilized a team of exploration geologists and samplers to its Star, Porcher, and Blackie properties. The crew will be ground-truthing several kilometer-scale, high-amplitude magnetic anomalies which were highlighted by its recently completed high-resolution geophysical surveys on the projects.

Last year, Delrey Metals also completed Phase 1 work at its highly prospective Sunset property in the Whistler-Pemberton area of BC, which showed significant new cobalt, copper and zinc anomaly. The company has an option agreement to purchase a 100% interest in the property.

Morgan Good is the Founder, President, Director, and Chief Executive Officer of Delrey Metals. He is a venture capitalist with 15 years of experience as a stock market professional, with a focus on finance, corporate development, and investor relations. He has been directly and indirectly responsible for raising in excess of $75 million over his career. Morgan founded Patriot Capital Corporation in 2013 to invest in both private and public equity, with an emphasis on sourcing undervalued opportunities in the mining resource, healthcare, cannabis, and technology fields. He also recently served as CEO of Ignite International Brands Ltd. (CSE:BILZ) before handing the role over to celebrity poker player Dan Bilzerian in January 2019.

Alastair Brownlow brings significant public company experience to his role as the Chief Financial Officer at Delrey Metals. He is a Chartered Professional Accountant as well as a US Certified Public Accountant who has specialized in the mineral exploration and development field in Canada and internationally. Prior to Delrey, he worked for a Canadian chartered accountant firm where he specialized in the mining industry, gaining significant accounting experience auditing mineral exploration and development companies. Alastair also served as an auditor in the British Virgin Islands, focusing on financial and regulatory reporting of public and private fund and trust companies. He holds a Bachelor of Business Administration Degree with first-class honors from Simon Fraser University in BC.

Mike Blady is a member of the Board of Directors at Delrey Metals. He brings extensive experience to his role, having served as senior management, director, and member of the audit committees for several publicly listed companies. He has also been directly and indirectly responsible for raising in excess of $150 million to date. Outside of his role at Delrey, Mike is currently the CEO and director of Golden Ridge Resources (TSXV:GLDN) and an officer and director of GTEC Holdings (TSXV:GTEC).