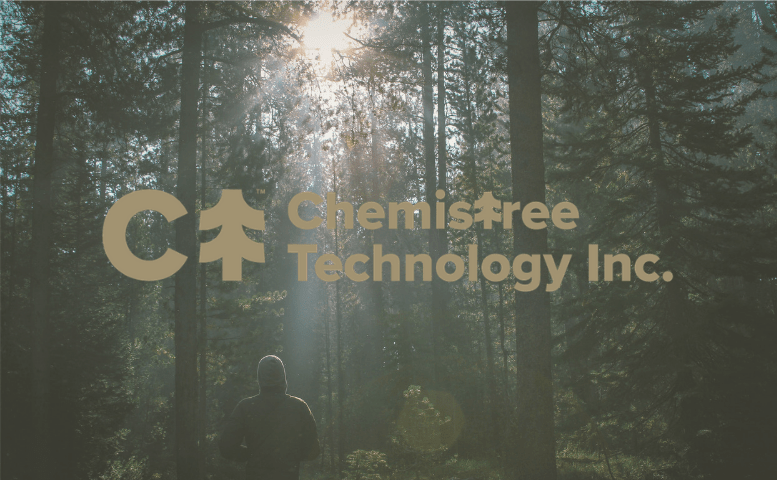 Headquartered in Vancouver, British Columbia, Chemistree Technology Inc. (CSE:CHM) (OTCQB:CHMJF) is a US-facing cannabis investment company that is committed to providing turnkey solutions for the regulated US and international cannabis sectors. The company’s corporate strategy involves leveraging its management team’s decades of expertise in the cannabis industry and corporate finance to acquire existing cultivation, processing, distribution, and retail operations, brand and market proprietary products to maximize seed-to-sale margins, develop purpose-built cultivation facilities, and expand in other regions with similar objectives.

Originally focused on the market in Washinton state, Chemistree Technology has begun expanding through California and beyond. The company currently owns assets in Washington State used to operate the Sugarleaf brand, prospective cannabis cultivation lands in California, a 50% interest in a cannabis processing company in Humbolt County, and recently made its first investment in the Canadian cannabis sector through Pasha Brands.

Chemistree Technology acquired the global brand and marketing rights to reputable Washington-based cannabis brand Sugarleaf in December 2018 for $1 million USD. Through the deal, Chemistree acquired leasing operational assets, such as lights and equipment, while also gaining subleasing turnkey facilities, and the ability to market existing and popular brands. The Washington facility boasts 5,000 square feet of indoor operations, however, the company is planning to double its size in 2019 and add a testing lab facility.

Sugarleaf has established itself in Washington state, producing 18 different strains of dried cannabis flower that are available in over 50 dispensaries throughout Washington. Chemistree Technology’s expansion plan includes increasing the brand’s presence in over 200 stores.

Chemistree has now become a multi-state operator by establishing the Sugarleaf brand in California. Chemistree Technology is now focused on adding key people to the new Chemistree California team, along with product development, biomass sourcing, and planning its sales and marketing strategy.

At the 2018 MJBiz Conference in Las Vegas, Chemistree and Sugarleaf co-sponsored the High Times magazine party. The Sugarleaf brand was also featured in Dope Magazine, one of the largest global media publications in the cannabis industry and on CustomGrow420’s YouTube channel, which boasts 1.6 million subscribers. Now that Chemistree has the global rights to the Sugarleaf brand, it is moving forward with plans to expand the facility’s canopy in order to increase output and support new product offerings and a larger retail footprint.

Its California expansion project is expected to become capable of producing high-margin products like oils, extracts, and edibles, which will allow Chemistree to significantly increase its retail market share.

Chemistree Technology was recently granted a conditional use permit by the City of Desert Hot Springs for its 9.55-acre property, which encompasses cultivation in two massive greenhouses that total 128,000 square feet and includes an additional 40,000 square foot facility for processing, manufacturing, and distribution of cannabis goods.

Chemistree Technology began with an impressive amount of experience under its belt and has continued to add industry experts to its management roster. Most recently, the company added Sheldon Aberman as its Chief Cannabis Officer. Aberman has a well-earned reputation as one of the leading experts on commercial cannabis cultivation with over 15 years of experience managing and designing thousands of grows worldwide.

Chemistree also added industry expert Nicholas J. Zitelli to its board of directors in 2019. Zitelli is currently part-owner, director, and Chief Cannabis Officer of Trans High Corporation (THC), the parent company for all High Times brands, including its 45-year-old flagship magazine, the Cannabis Cup as well as other related media and event platforms. He is also the founder and CEO of well-established research and development institute, the Cannabis Genetics Institute (CGI) in Amsterdam.

Chemistree Chairman Justin Chorbajian brings over 20 years in the cannabis cultivation industry to the team and is co-owner of Green Plants Nutrients and Green Planet Wholesale, the largest chain of privately owned hydroponic shops in Canada.

The company is in good hands financially, as its President and CEO Karl Kottmeier has raised more than $150 million in equity capital over his career, and has a track record for building growth companies. In fact, the management team has a collective track record of raising over $150 million in financing, building companies with revenues over $50 million, and being part of $130 million buyouts. 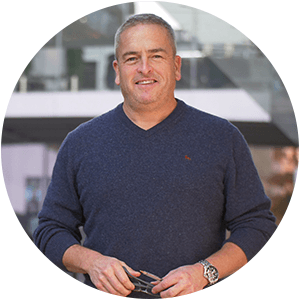 Karl Kottmeier is the President and Chief Executive Officer of Chemistree Technology. He has over 25 years of experience in listing, financing and administering companies listed on the TSX and TSX Venture Exchanges. Karl has also raised over $150,000,000 in equity capital for resource-based ventures. 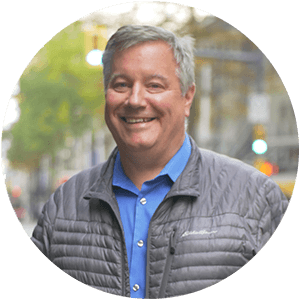 Doug Ford brings over 30 years of management experience to his role as the Chief Financial Officer of Chemistree Technology. He has been a director of a number of public companies and he holds a Bachelor of Arts degree from the University of British Columbia. Doug has also served as the general manager of private merchant banking and venture capital firm Dockside Capital Group Inc. since 1987,  specializing in providing services to, and arranging funding for, emerging growth companies. 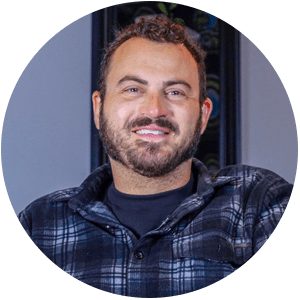 Sheldon Aberman is the Chief Cannabis Officer of Chemistree Technology. He is one of the leading experts on commercial cannabis cultivation with over 15 years of experience managing and designing thousands of grows around the world. Sheldon has also built a number of multi-million dollar brands like Black Label and Frost Box and is an expert in the accessory market, including products like vape pens, extraction tools, and e-cigarettes. 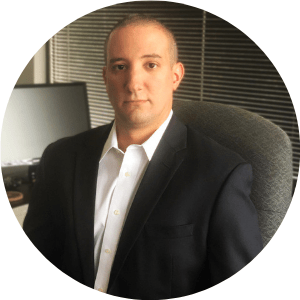 Nico Escondido brings extensive management experience to his role on the Board of Director at Chemistree Technology. Zitelli is currently part-owner, director, and Chief Cannabis Officer of Trans High Corporation (THC), the parent company for all High Times brands, including its 45-year-old flagship magazine, the Cannabis Cup as well as other related media and event platforms. He is also the founder and CEO of well-established research and development institute, the Cannabis Genetics Institute (CGI) in Amsterdam. 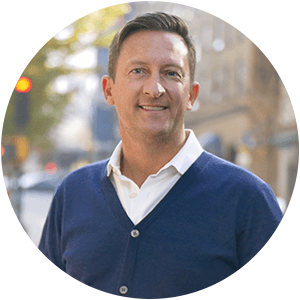 Kirk Gamley is a Consultant at Chemistree Technology. He brings over 8 years of experience as an investor relations consultant to a number of publicly listed companies on the TSX and TSX Venture. Kirk is also the president and CEO of Contact Financial, one of the largest investor relations and corporate communications service providers in western Canada. Prior to working in public markets, Kirk served as a senior sales accountant at Coca Cola Corporation and the Bank of Montreal. 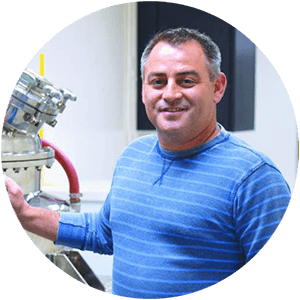 Dennis Hunter is an experienced and trusted adviser at Chemistree Technology. He is a pioneer in the California cannabis industry, a respected leader in the medical cannabis field and an invaluable asset to the Chemistree team. Dennis owns California-based medical cannabis manufacturers, Care By Design and CannaCraft, and also runs Left Coast Wholesale, a cannabis cultivation supply business that is also located in California. 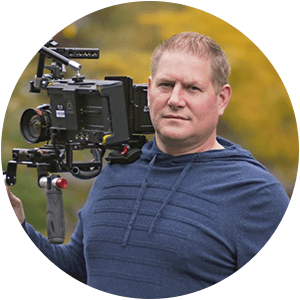 Jeremy Deichen brings over 20 years of experience in video production and digital marketing to his role as an adviser at Chemistree Technology. He has developed and branded a number of companies in the cannabis industry and now manages the day-to-day business operations at Chemistree, including social media, marketing, and the web development team. He is best known for his Growth Exposed video series, which is currently distributed by High Times, the largest media publication in the cannabis industry. 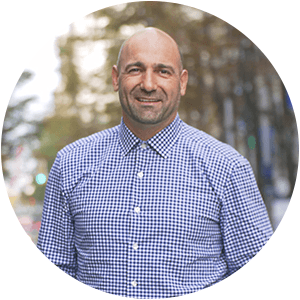 Justin Chorbajian brings over 20 years of experience in the retail market to his role as Chairman at Chemistree Technology. He is co-owner of the largest chain of hydroponic shops in Canada, Green Planet Nutrients and Green Planet Wholesale, and is considered the go-to expert for cannabis consulting. Justin’s companies, which originated in Canada, have expanded and now operate in the UK, Australia, and North America.