Penny stocks trade below $5, and although they are cheap, they are nevertheless risky investments. Most of these penny stocks can be traded on platforms such as Robinhood, which permits trading with no minimum balance required and no commission fees. Robinhood penny stocks have the potential to generate significant returns, and those gains can come in a short time. It’s no surprise to see several investors rushing for Robinhood penny stocks, especially now that there is a lot of market volatility caused by COVID-19. 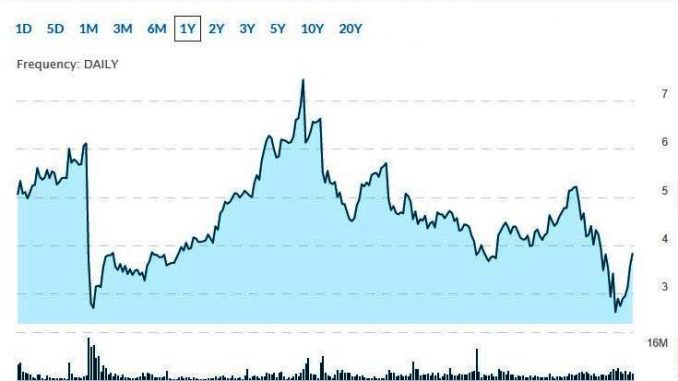 Biopharmaceutical company Catalyst Pharmaceuticals has been on the rise this month. The stock has jumped 50% since March 16 after it reported Q4 revenue results. The company reported revenue of $30.1 million, which was in line with analysts’ estimates. However, its earnings per share of $0.07 missed on analysts’ earnings estimates of $0.09 per share.

Most of the company’s revenue was from the sales of Firdapse, which is a Lambert-Eaton myasthenic syndrome (LEMS) treatment. Catalyst Pharma is predicting sales to be between $135 million and $155 million for Firdapse in 2020. The company is also planning to expand the use of Firdapse in treating other indications.

In the last two weeks, Corpus Pharmaceuticals is up around 47%. In February, the company finalized a $46 million equity financing to support its ongoing clinical trials. Currently, the company is in late-stage trials for its flagship drug candidate, lenabasum, and is in early-stage safety trials with CRB-4001.

The company is likely to provide data from key clinical trials this summer. This is good news because if the results from the late-stage trials are positive, they could catapult CRBP stock—but if negative, they could plunge it. The results will definitely be something investors want to keep an eye out for. 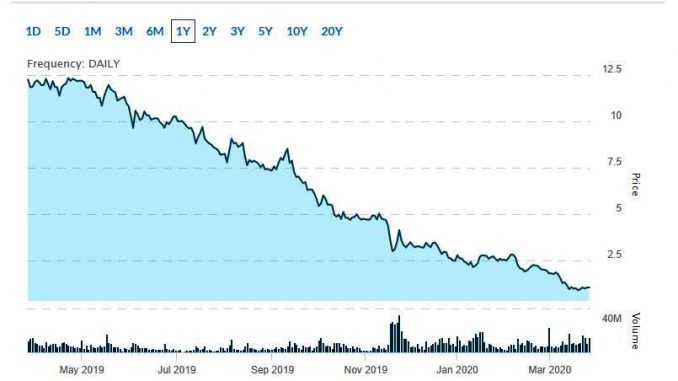 Since March 18, when Aurora Cannabis stock hit a new low of $0.60, ACB has gained 60%. Most sectors have been hit hard this month, with the cannabis sector among the worst-hit industries.

However, Aurora’s problems began before the coronavirus crisis. Investors were concerned about its path to profitability, its management, and its debt. These problems have made it hard for Aurora to get capital, and a downward revenue projection has made investors nervous. In the past year, ACB stock has lost almost 90% of its value. 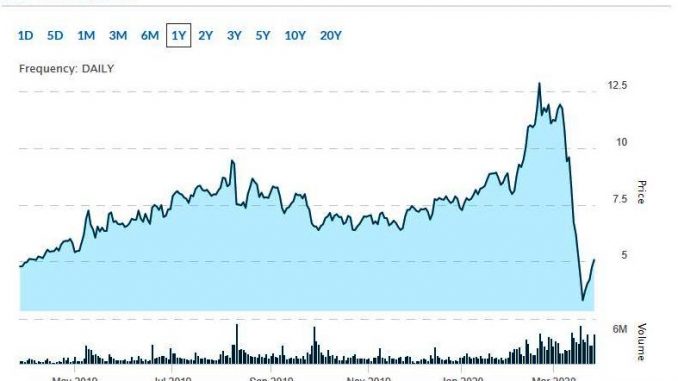 Vivint Solar has surged close to 50% in the past two weeks. However, this Robinhood penny stock is still 55% down from its price early this month when it reported a Q4 2019 loss of $1.02 per share against the expected per-share loss of $0.17.

Although the company reported revenue growth of 21% to $77 million, it nonetheless missed the expected revenue of $88.15 million. So far, Vivint has installed around 66 MWs, which is 22% more than last year, and its total cumulative MW installed was approximately around 1,294 MWs. 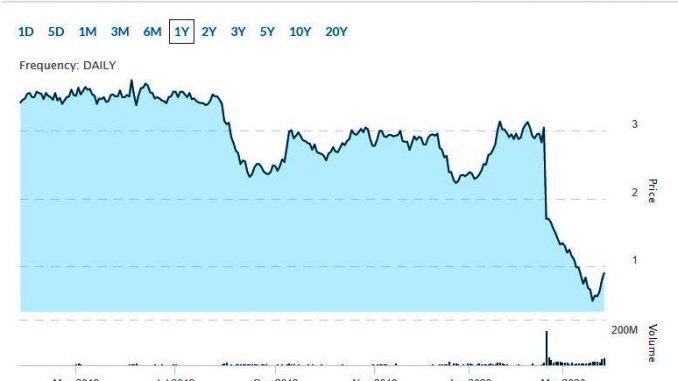 Groupon is up 98% in the past week, having previously dropped almost 70% in the last five weeks. The company’s problems were compounded by the ousting of COO Steve Krenzer and CEO Rich Williams. Groupon explained that the executives were axed from the company, and Aaron Cooper, who is Groupon’s North America President, will take over as an Interim CEO.

Even before the coronavirus, the company was in trouble after taking a beating in its Q4 earnings. Groupon missed estimates and reported serious revenue declines.

In recent weeks, there has been market turmoil, thanks to COVID-19. However, this has also created an opening for investors who are not afraid of risk. These 5 Robinhood penny stocks could be ideal because of the zero fees on the platform.

Robinhood is a mobile trading platform that allows users to trade stocks with the benefit of zero commission fees and no minimum balance required. The platform is ideal for novice traders and investors with small …

Over the past few days, some hot penny stocks have come to the fore, and it could be worthwhile for investors to have a look at many of these stocks. That being said, it should …